What is a ninja? 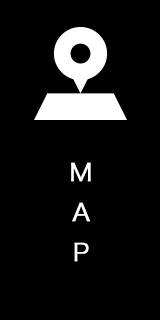 What is a ninja?

Ninja are individuals or a group of people who use ninjutsu (the art of stealth).
Ninja infiltrated an enemy’s base in order to gather information or to destroy it.
Moreover, ninja disguised themselves to avoid detection and confused enemies by leaking false information. The true mission of ninja is said to be avoiding unnecessary fighting or to prevent wars. 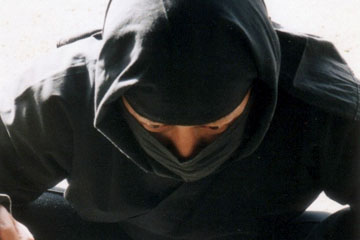 It is believed that ninja had a wide range of knowledge and great athletic abilities, being able to use seemingly impossible powers through the use of jujutsu (supernatural powers harnessed from deities and spirits).

Due to ninja’s characteristics of stealth, few people have seen ninja clearly and there are few official documents detailing their activities.
The existence of ninja is shrouded in mystery and much of their reality is unknown.

There were many schools of ninjutsu in Japan including Fuma, Suppa and Nokizaru.
Above all, Iga-ryu ninjutsu was well known for its remarkable excellence, along with Koka-ryu ninjutsu.
What is the background to this? 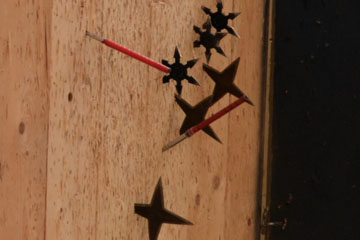 Iga used to be part of the territory belonging to Todai-ji Temple in Nara.
Nefarious forces known as “Akuto” appeared, and rebelled against Tokdai-ji’s dominance.
Todai-ji asked the central government to impose strict controls on them, but the government failed to suppress their rebellion.

The Akuto improved their unique combat skills, and developed them into ninjutsu in areas free from government controls.
Therefore, these Akuto are the roots of Iga-ryu ninja

Iga was a “hiding place” surrounded by deep mountains, where people who had been banished from the capital for one reason or another came.
Various information came to and left Iga with these people.

In the 16th century, the Warring States Period began.
Japan was divided into many states, and these states frequently had fierce wars.
Under these circumstances, Iga ninja were employed by warlords in many different states thanks to their skills.
This is how ninja spread all through Japan. 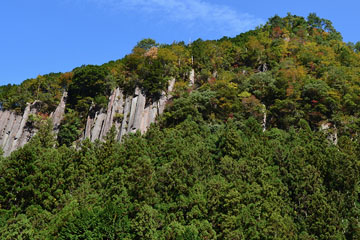 Ninja were employed by the authorities of the day (warlords or shoguns) throughout Japan’s history.
Ninja normally lived ordinary lives as farmers or merchants while training for their impending mission.

A ninja’s house was not different from an ordinary farmer’s house. However, It is said to have had various hidden tricks to deal with sudden attacks. 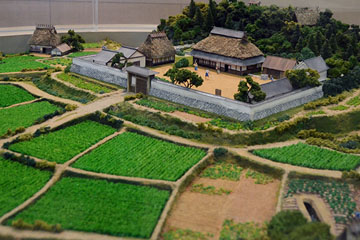 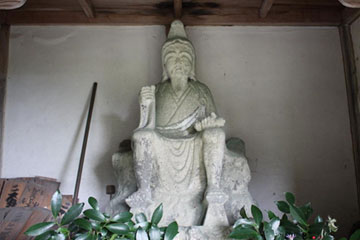 Since early times, Japanese people believed that deities inhabited everything in existence. (Even today certain mountains, rocks and waterfalls are regarded as religious objects.)

Afterwards, Buddhism was introduced through China.
En no Gyoja (or En no Ozuno) is believed to have combined Japanese traditional mountain worship with Buddhism to form “Shugen-do (Japanese Mountain Asceticism)”.
Shugen-do was gradually completed by incorporating esoteric Buddhism, Taoism, the Way of Yin and Yang, etc.

According to Shugen-do teachings, rigorous training in the deep mountain enables you to absorb natural spiritual powers, and then to relieve people with the achieved powers.

Shugen-do was incorporated into ninjutsu.
This spirit of Shugen-do distinguishes ninja from thieves.